On the morning of October 4th, before heading out for the day, I went to the bathroom. I was bleeding and had to force myself not to jump immediately to “baby time!” Afterall, I still had a week left until my EDD, so I dropped DH off at work and went about my day.

Nothing exciting really happened as I was able to do regular things so I got DH that night and went to visit a friend after the kids were in bed. We chatted it up until about 1am and then home I came. I got a few things situated “just in case” although I still had 8 days before I was “expecting” the arrival of our babe. I said goodnight to DH and propped myself in bed like my usual set up was (pillow under belly, between legs, and behind my back – laying on my left side and slightly elevated). I had to sleep exactly this way each night to avoid an aching back and hips in the morning from the SPD and to avoid the torture of heartburn. hahaI got woken up to a few contractions so I finally looked at my phone. It was 2:50am. So I started using my contraction app to time them. I would feel it, push the button, get through it, and go back to sleep. What felt like hours later, I looked at the app to see how far apart they were and realized it was only an hour later and they were 10 mins apart! I messaged a couple close friends online, had DH get the bed ready, and talked to another friend who was awake online until about 4:30am. I decided then that it was time to get some more sleep. I messaged another friend to let her know this might be it so she could pray me through it and to sleep I went.I was able to get broken sleep in between contractions for the next couple hours. At about 6:30, the bed was more and more uncomfortable. I tried to sit on my birthing ball but the pressure on my bum during contractions made it undesirable so I went to sit on the toilet. Contractions were still 10 minutes apart but were quite intense, yet I was completely lucid in between. I tried the birthing ball and bed again but I just couldn’t find relief. I put down the plastic in the bathroom as this was the only place I could get into a comfortable position during contractions. I sat back on the toilet and waited. The ten minute break in between left me twiddling my thumbs! haha Then a good and painful contraction came and I began to panic a little because I didn’t know if DH would hear me if I called for him (he was asleep so that he would be ready when I needed him). I calmed myself down and told myself it could still be a while. It was only a brief moment of panic but as soon as I was relaxed, my water broke.I called for DH and I asked for him to come. He came to my side, ready to be my hero.  With each contraction, he provided counter pressure. I began to feel like something wasn’t right and I had to process what to do while husband was near my side, waiting for my lead to take action. I felt intense pressure with each contraction on my bottom as if I had to have a bowel movement but when I reached down, I could feel the baby’s head pushing against the rectum wall. I was really concerned and knew that I needed to be doing something different.

Thankful to be so clear headed, I called a UC friend of mine who I felt would have some wisdom to offer. We worked together in between contractions that were still 10ish mins apart and came to the conclusion that the baby was posterior so it was going to hurt like heck but that I had to keep pushing. So, concerned I would tear, I put a glove on and proceeded to provide a barrier with my hand against the baby’s head from my bottom to encourage it to come through the birth canal while pushing with my body and also massaging my perineum. I’m not really sure how I did it… so don’t ask. haha But because of the angle and my inability to explain what was happening to my DH, I awkwardly did this myself while he provided me the support so I didn’t fall over.

I pushed hard with each contraction and my friend was right… it really did hurt like heck. haha

It didn’t feel like the head was able to move in the right direction so I regained my footing and then finally, during a contraction and pushing, DH and I heard a funny noise and I felt the baby’s head shift forward and I could feel the babe coming through the birth canal. I pushed with the contraction and the head came out. As soon as it did, we heard crying! Baby was face up with body still inside and CRYING! haha! I exclaimed, “What?! The baby is crying!?” In that same moment, I processed that I needed to get babe’s body out quickly and pushed only slightly and the body slid through. We did it! DH looked to see and that’s when we saw she was a GIRL!

DH called back our friend who had helped us in between contractions to let her know the news. It really happened quite quickly considering she was posterior. It was about 30-45 minutes from my water breaking! I also didn’t tear!!

Once a couple people were informed, DH went to get the kids who were just waking up and a couple were at first disappointed to learn that it was a girl but as soon as they saw her, DS was ooey gooey over her and DD1 cried happy tears. DD3’s face was priceless when she realized I had a baby in my arms – she immediately wanted to lay on her and DD2 said “YOU HAVE FOUR DAUGHTERS!!!

We all got ourselves into my bedroom where DH helped me to the bed while I waited to deliver the placenta and the kids all watched a show on my computer. I nursed my new baby and rested while my body continued to work. About 30 minutes later, I delivered the placenta and we cut the cord about 40 minutes after that. DH cleaned up the mess, which was easy because of the plastic shower curtains we had laid down. He just rolled it up and threw it away. I climbed back into bed with new baby and slept off and on all day.

It was perfect timing as DH had just begun his two weeks of vacation and since I was quite sore from all the pressure on my bum, he was able to pamper me for a week while I rested and took things slow and caring for the kids. We were also extremely blessed by the abundance of love from our church community and friends who cleaned our home, brought us meals, clothes, and groceries, and spent time visiting with us and loving on us. It was absolutely overwhelming to receive such blessings!!

Our favorite part was getting to enjoy sweet baby girl for and extra 8 days more than we expected!!

Click Here to Meet Kristi, the founder and developer of Wit’nLove Birth Services

What is a Birthkeeper/Doula?
As a certified doula & birthkeeper, I provide childbirth education, emotional support, and encouragement through pregnancy, labor, birth, and the postpartum period. It’s my desire to to serve birthing families, providing a variety of resources to arm birthing people to have a safe, memorable, and empowering experience. 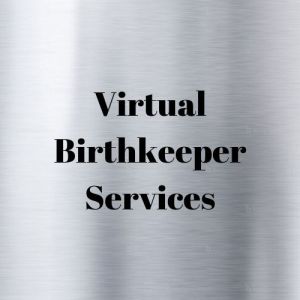 For more information on what a birthkeeper/doula is, click HERE; for a description of the the virtual childbirth support services I provide, click HERE.

BIRTHKEEPER & DOULA CERTIFICATION
For those interested in getting your own Birthkeeper & Doula Certification, I recommend the Holistically Empowered Rebel Birthkeepers Academy of Learning (H.E.R.B.A.L.)! Use This Affiliate Link to Enroll; it’s a great source of information, all of which you’d be able to find for free in your own ventures, however all compiled in one location due to the hours of investment by founders Taylor and Desirae.  Peer Lactation Counselor and Placenta Preparation Certification are also available, as well as an Unassisted Childbirth Course.